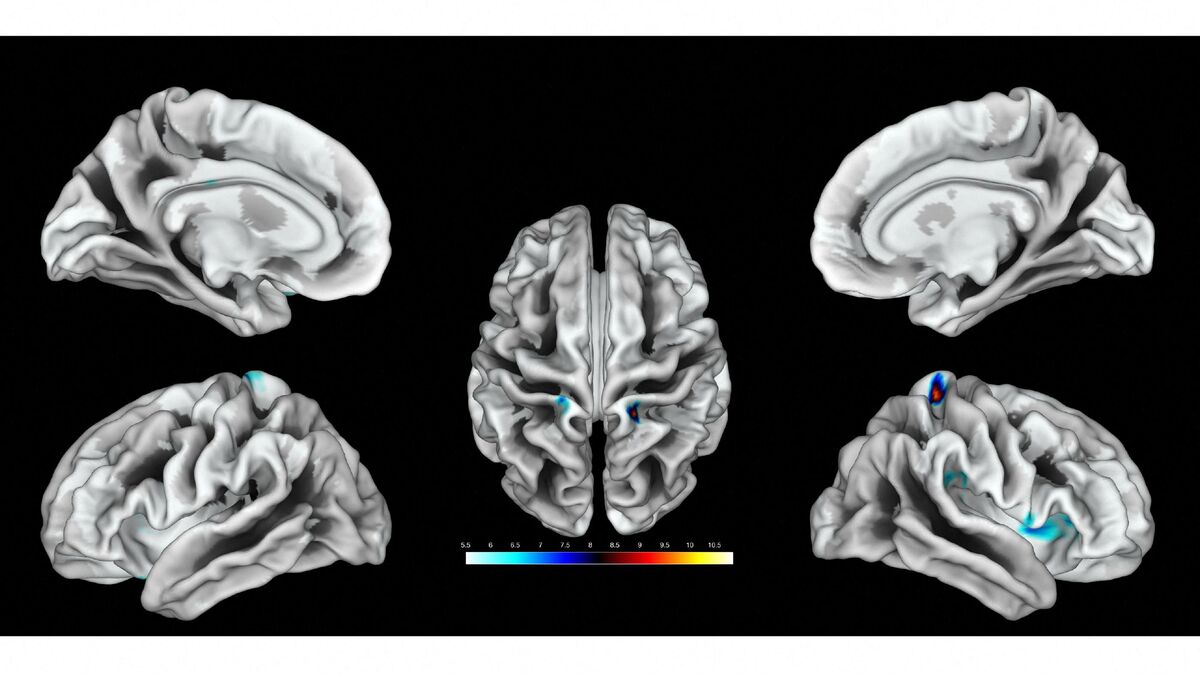 For the first time, researchers have been able to accurately define the location of the clitoris’ representation in the female brain. Their study, published this Monday in the scientific journal JNeurosci, shows that part of the brain is activated during stimulation. Feminine It is more common in women who have more sex.

Does a large area allow you to feel emotions better? Does the size of this area trigger excessive sexual intercourse or does frequent intercourse make it grow? Unable to say for now, researchers mention. But this work will help create better treatment for victims of sexual violence or sexual problems in the future.

Christine Heim, professor of clinical psychology at Charité University Hospital in Berlin and co-author of the study, explained that “how the female genitalia are represented in the human somatosensory cortex has not been fully studied.” “Lack of this knowledge hinders research on standard sexual behaviors, but only on pathological conditions,” he added.

When a part of the body is affected, nerve activity in the somatosensory cortex is stimulated. Each part of the body resembles a different part of the brain, creating a kind of body map. But until now, the exact location dedicated to the female genitalia has been the subject of debate. Previous studies have shown that sometimes under the representation of the foot, others are placed closer to the hip. Questionable: Inaccurate stimulus techniques (e.g. one or a partner), simultaneously touching other parts of the body, or stimulating the stimulus, thus blurring the results.

In 2005, using a technique that mimics a highly localized tactile sensation, researchers were able to determine the exact location of male representation of their gender. But this has not yet been done in women.

To address this, 20 healthy women aged 18 to 45 were selected. For stimulation, a small round object designed specifically for the occasion was used at the level of the vagina above the underwear: thanks to the air jets, a small membrane was slightly vibrated. John-Dylan Haynes, co-author of the study, says the approach is “as comfortable as possible” for participants. Eight stimuli of the clitoris, each interrupted for 10 seconds, rested for 10 seconds – as well as eight stimuli on the back of the right hand for comparison.

Conclusion: For both women and men, the representation of the genitals is located near the waist. However, the exact location will vary for each woman in this area.

The researchers then examined whether this area exhibited different characteristics depending on sexual function. 20 women were asked about the frequency of their sexual intercourse in the past year and from the beginning of their sex life. Then, for each of them, the researchers determined the ten most active points in the brain during stimulation, and measured the area obtained.

“We have found a correlation between the thickness of the genital area and the frequency of sexual intercourse,” explains Christine Heim, especially in the last 12 months. “The more sexual intercourse, the thicker the area. The plasticity of the brain is well known: parts of the brain are formed during a process. But for now a causal link cannot be established directly here. Previous work on animals has shown that stimulation of the genitals of rats and mice effectively led to the expansion of the area of ​​the brain associated with these organs.

The study did not determine whether a large area would make a better impression. But a study by Christine Heim, published in 2013, previously showed that genital area was reduced in victims of traumatic sexual assault. “We hypothesized at the time that this might be a brain response to control the detrimental effect of abuse,” he explained, adding that further research was needed to verify that.

In the future, the goal is to create ways to help patients: The researcher wants to study whether certain sexual disorders are linked to changes in the genital area. Therapies aimed at “training” in this area may be considered.