Rihanna Gets Trolled On Twitter For Talking About A Social Issue

Rihanna is a fierce lady, who never shies away from calling a spade, spade.

India is burning, as the farmers have been rioting against their rights not been given to them.

The social media sites are filled with varied opinions, from across the globe. The issues have gotten so strong that even a number of celebrities took to Twitter to talk about it.

One of these celebrities is Rihanna.

However, as soon as she tweeted about the plight of the farmers, all hell broke loose on Twitter. People from left right and centre started to bash her and talk about the negativity spewed by her.

Joke about the assault:

A few years back while Rihanna was in a relationship with the singer Chris Brown, the controversy of him assaulting her ruthlessly had taken rounds.

A lot of people had supported Rihanna in that situation and called out Chris for his aggressive behaviour.

However, now that Rihanna Twitter her views about the farmers’ protest, people on Twitter have been praising Chris for assaulting the singer long time back.

They say that Chris had done just the right thing, rather he should have hit her a few times more to put her brain to the right position! 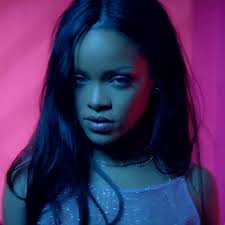 Yes, you read that right. Just on showing her opinion and letting the World know what she feels about it, Rihanna is being humiliated on Twitter left, right and centre.

However, its not only Rihanna who showecased her opinion to the World. A lot of other celebrities including Mia Khalifa and Greta Thunberg also teweeted theri opinions about the prevailing issue in India.