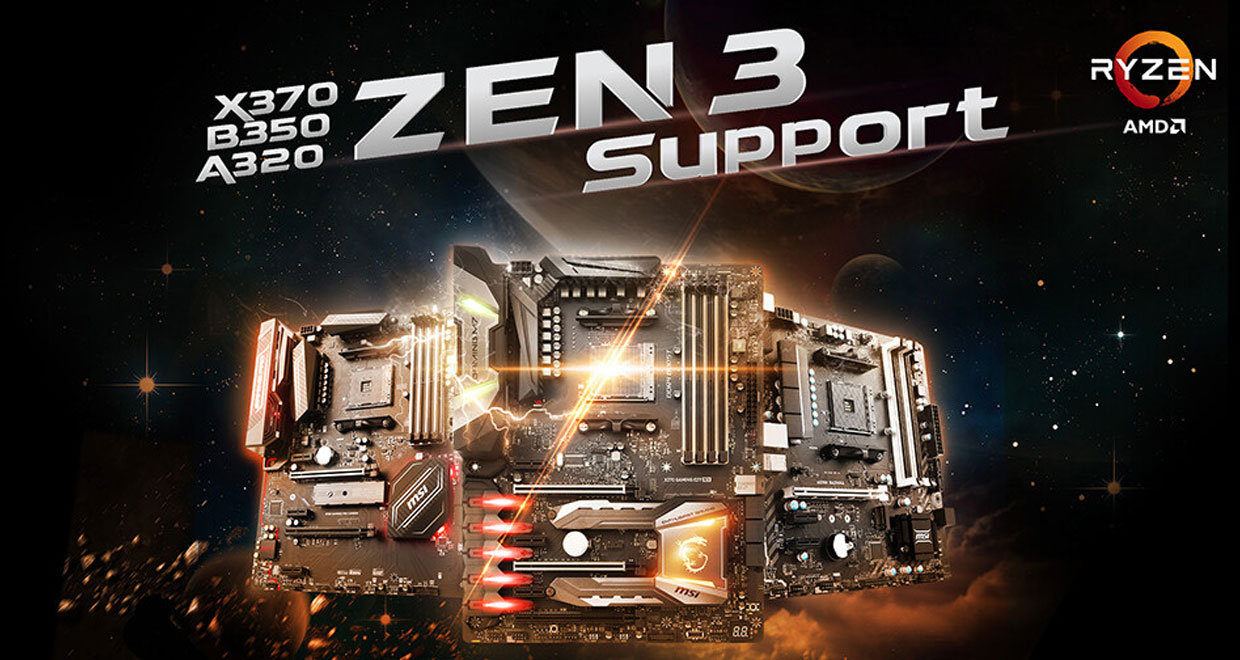 MSI announces that its full AMD 300 series motherboards are compatible with the latest Ryzen 5000 series processors.

This support is for specifications that use the A320, B350 and X370 chipsets. Full support for Zen 3 chips is provided by a BIOS update that allows you to install AGESA COMBO PI V2 1.2.0.7.

MSI announces that deployment is scheduled for the next few days. Note that MSI relies on AMD’s promises to add so-called “support”. In theory, this compatibility would allow the older motherboard to use the latest generation Ryzen’s power, performance and core density. While waiting for Zen 4, AMD’s next CPU architecture, we will add that this is an approach that adds value to existing ones.

Finally MSI promises a solution around the fTPM of its AM4 400 and 500 series motherboards.